During autumn 2016 the Merwede bridge on the A27 in the Netherlands was closed for heavy traffic for 2 months. The reason was the presence of fatigue cracks close to a critical length. The firm Berenschot did investigate the process of closing the bridge. Based on their evaluation report, 2 professors claimed that The Netherlands just escaped from a disaster; the Merwede bridge had a residual life of only 6 days. A little later another professor claimed that there was no problem; the critical cracks were detected in time.

Since I’m working already some time (35 years) in the field of fatigue and because I was curieus what was going on, I have tried to make an attempt to clarify one and the other.

Let’s see what fatigue actually is. Fatigue occurs when a structure is subjected to cyclic loading. If the stress amplitude exceeds a threshold value, microscopic cracks will initiate at locations with high stresses (stress concentrations). At first, the cracks propagate very slowly and remain undetectable for the bare eye for most of the fatigue life. Gradually the crack propagation rate increases and the cracks will become visible (detectable, point A in the figure below). Eventually the crack will reach a critical size (point B in the figure below) and the structure does not function as required anymore (e.g. too much deformation, partial failure, etc.) or even the full structure will fail. The critical crack length is determined by the fracture toughness of the material. At a given load the fracture toughness yields a critical crack length, and vice versa, at a given crack length the fracture toughness yields an allowable load. 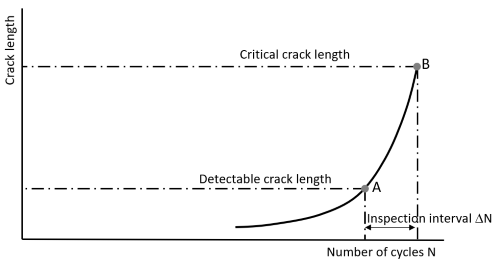 Determination of the time (number of cycles) until the moment a crack becomes visible (i.e. fatigue initiation) is difficult. There are too many factors affecting initiation to perform an accurate analysis. Moreover, those factors cause a lot of scatter. Put two identical bridges next to each other with the same usage: The time to detectable crack lengths may differ significantly (orders of magnitude). On the other hand, the crack growth period from detectable to critical length is much easier to determine. For such an analysis, good calculation models are available. These models are used to determine inspection intervals. Such an analysis assumes that if no crack is found, a crack just a bit shorter than the detectable crack size may be present. The calculated inspection interval is the period a crack needs to grow to a length just below the critical size. Often, this interval is divided by a safety factor. In civil aerospace this factor equals 2.

What does this mean for the Merwede bridge

The Berenschot report states: “Vanaf half juli 2016 is belastingonderzoek gedaan naar de Merwedebrug door GPO en RWS WNZ in samenwerking met TNO en meetploegen. Bij belastingonderzoek doen meetploegen metingen en rekent TNO deze vervolgens door en toetst deze aan een model. De meetresultaten volgen de modellering; dit zegt iets over de betrouwbaarheid en voorspellende waarde hiervan”. [In short: Starting half July 2016 research on the Merwede bridge has been performed by GPO and RWS WNZ supported by TNO. Measurements are done and checked with a model by TNO. Measurements are in agreement with calculations]. Since the report also states that measurements are used for crack growth calculations I will assume that the measurements are crack length measurements. To my knowledge acoustic emission techniques were used to locate cracks and ultrasonic techniques were used to determine cracks lengths. In the end, cracks were found at the riveted joints in the bottom of both longitudinal beams. In one of the joints, the situation was critical.

It looks like, based on the above, that the claim The Netherlands were close to a disaster is rather far-fetched. The probability of failure of the riveted joints after 6 days was very small, moreover the bridge would not have been completely collapsed but heavily damaged.

The decision to close the bridge for heavy traffic was a logical decision. The load on the bridge decreases, allowing a longer critical crack length. 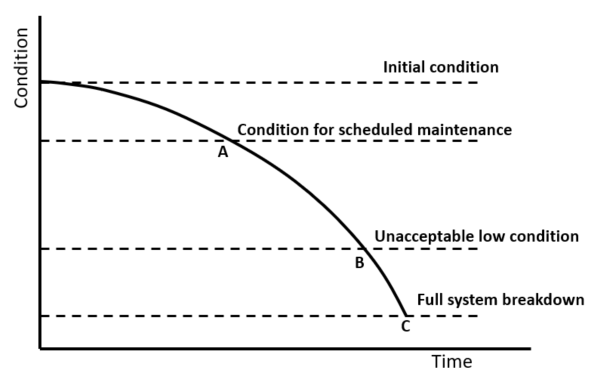 Although a lot of information can be derived from the Berenschot report and other publications, I keep having a number of questions: 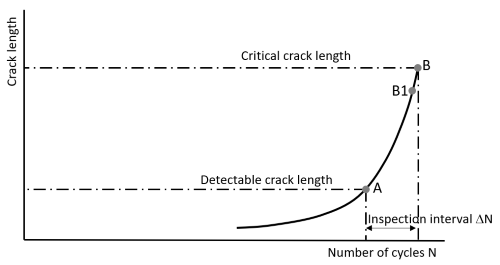 Subscribe to our newsletter and we will keep you informed about fatigue and Fatec Engineering.